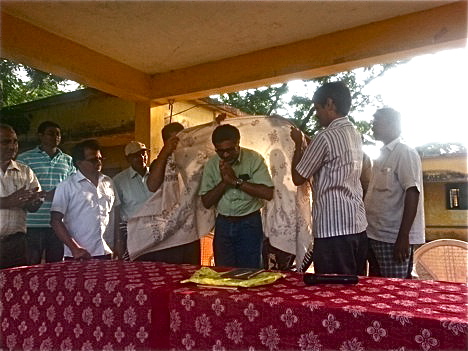 CDAC Research Scientist Maddury Somayazulu visited Torredu, India in September and gave a talk to the children of the village in Telugu (a South-Central Dravidian language) about how science impacts society.
Somayazulu describes his experience below:
Torredu is a village some 60 kilometers from Kakinada, which is a town where my parents live. Hearing that I was visiting, one of the village elders reached out to ask me if I could give a talk to the children about how science impacts society. Of course, the talk was to be delivered in my mother tongue, telugu which I am fluent in but not in scientific parlance.
The school itself is a success story in that this village of 5,000 (which is small by Indian standards) started this government school (like U.S. public school) on a piece of land donated by a philanthropist of this village. The parents pooled together their resources and started a school that hopes to produce scientists, engineers and doctors that would make the village proud. The nearest college is some 20 kilometers away and the access to this village is by a single lane road. I found enthusiastic teachers that wanted to learn how they could introduce project-based learning to the children. As we know, it is a buzzword even in the U.S., but many teachers are still unsure of how it can be achieved. 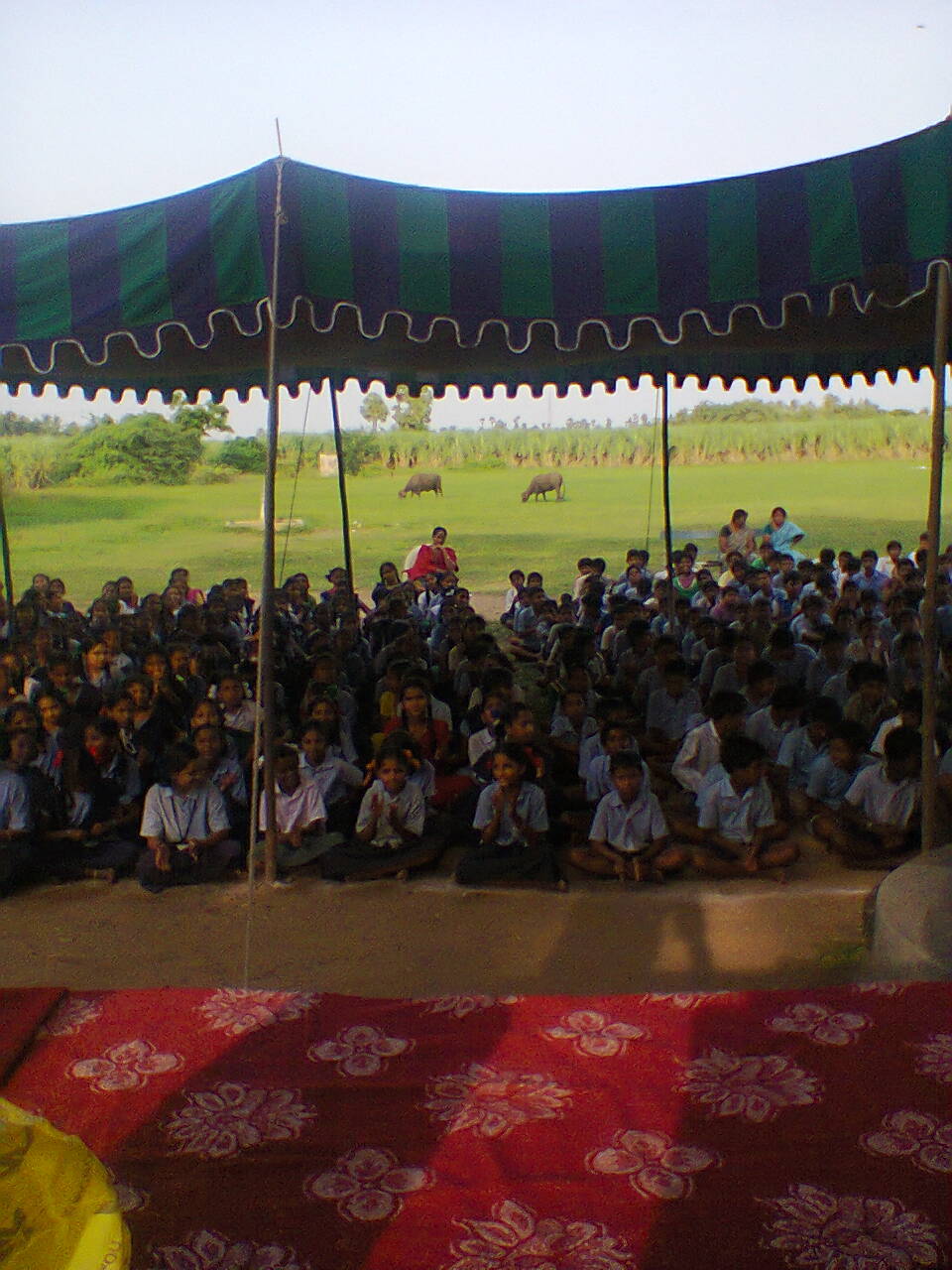 I agreed to deliver a talk that introduced in a simple way the formation of planets, evolution of earth and global warming and the evolving energy crisis, and how scientific discoveries have impacted not only our understanding of these processes but how we are endeavoring to solve the major issues that confront us. It was a two hour talk with no audio-visual aids (I had forgotten my laptop at London Heathrow and it is now safely back at the Geophysical Laboratory). I also introduced to the kids the greatest scientists India had produced – Sir C.V. Raman, S. N. Bose and S. Chandrashekar, while talking about Raman effect and the Chandrasekhar limit.
I wasn’t sure how much of an impact I made, but I had almost one hour of questions, which was terminated since light was failing! Some of the questions the children had were – Is there life on other planets? How does deforestation affect rainfall? Why haven't more Indians won Nobel prizes? If there is no life on other planets, why do astrologers talk about them affecting our lives?
The school has wireless connectivity thanks to a donor who gave them a Wi-Fi hub and an old laptop. I am hoping that I can use this to be able to connect to them via Skype and continue being in touch with the children.  Below are some photographs of the teachers honoring my visit with a shawl (the headmaster is the person on my left who even teaches the children yoga) and the children reacting to that. I hope I made some impact on the students but obviously, the water buffaloes grazing the background were not disturbed!