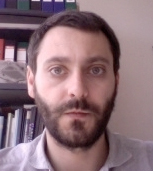 Former Carnegie-CDAC Postdoctoral Fellow Pierre Beck was awarded the 2015 Nier Prize from the Meteoritical Society. The award is named after Alfred O. C. Nier to recognize "outstanding research in meteoritics and closely allied fields by young scientists."  Beck was a Carnegie Fellow at GL from 2006 to 2007. He is currently an Associate Professor at the Institute of Planetology and Astrophysics (IPAG) in Grenoble, France.